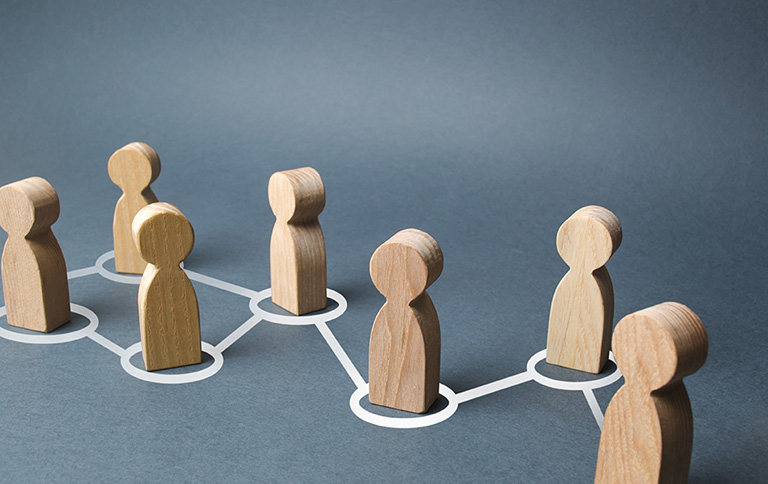 In a previous article, I wrote outlined the (only) four ways that you can gain a board appointment. In summary, it stated that a recent study found that an overwhelming 65% of current board members gained their most recent board appointment via a personal connection. For many of you, this study’s findings will not be a surprise or it will confirm what you already knew to be true – that personal connections count. Malcolm Gladwell put it well when he said:

“People were nearly three times as likely to have found their job through personal contacts than through an advertisement, headhunter or other formal means.”

So, the question is not are personal connections valuable – they are. But rather, you should ask who they are and how do you leverage them appropriately. This is what I want to delve into today.

First up, when I tell people about these figures, one of two things happen:

The first challenge is music to my ears because, of all the things we can teach you, how to develop the right connections is the simplest.

The second challenge may reflect your perspective and not seem like a challenge at all – but it is. In fact, it is a major challenge that requires a change in perspective. Let me explain.

You first need to understand that personal connections can be split into two sub-groups. These two sub-groups are defined as Strong Ties and Weak Ties.

Most people, when posed with the knowledge of the importance of developing personal connections, immediately think of approaching and speaking with the experienced their Strong Ties – Non-Executive Directors/Peers or Colleagues that they already know, are known by and trust and who they believe can help.

This makes some sense initially. However, and counter-intuitively, these ‘strong ties’ are actually statistically less effective when it comes to generating board appointments. Actually, when you dig into the statistics these people account for less than 20% of appointments. Still, a significant amount but it is people you speak with rarely or infrequently that are most likely to drive a board appointment – they are called ‘weak ties’.

It is your ‘weak ties’ – those who you speak to rarely or infrequently – that are most likely to result in a board appointment. In fact, studies have shown that perhaps 50% of all board appointments occur through these sorts of connections.

You may notice that I don’t often use the terms networks or networking. There is a specific reason for this; the term networking conjures up antiquated images of cocktail parties and business cards.

Indeed, these can be useful but what I want to focus on are the macro elements needed to develop and foster meaningful relationships that result in board (and sometimes executive) opportunities.

I also want to steer you away from generating contacts for the sake of contacts. Instead, I want to show you how to develop personal connections in simple and (relatively) stress-free ways.

While networking has its place, it is not for everyone. In fact, it is something few enjoy doing, as it conjures up memories of cocktail parties and business cards or cold calling.  It is also often a hit-and-miss exercise dependent on who is in the room or who you bump into. Developing personal connections on the other hand – not networking – is different and the thing that will most likely get you appointed. But not all connections are equally important.

Developing personal relationships is not nearly as difficult as it sounds and finding the right people to connect with to help you with your board career is far easier than you might think. It is one of the things I teach people to do (along with providing the resources and tools to use) in the 28 Day Board Search Intensive.

How long will it take to gain a board appointment or build a board career?

Why Being Good Enough Counts More Than You Think