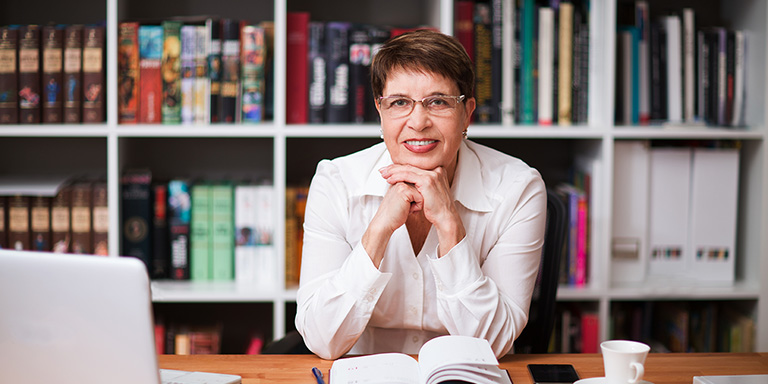 According to LinkedIn’s research, recruiters were 13% less likely to click on a woman’s profile than on that of a man and also 3% less likely to send her an InMail than they would her male counterpart. More worrying though, is that it seems that women are less likely to apply for senior (and presumably board) roles than men. In fact, research purportedly shows that in order to apply for a job women feel they need to meet 100% of the criteria while men usually apply after meeting about 60%.  As one Forbes article put it, “Men are confident about their ability at 60%, whilst women don’t feel confident until they’ve checked off each item on the list.”

These latter findings come from a Hewlett Packard internal report and have been quoted in dozens of articles. It’s usually invoked as evidence that women need more confidence. The advice: women need to have more faith in themselves. Whilst the validity of these statistics is debatable, for many, myself included, this notion often rings true.

Let me explain… But, before I do I recognise that being a man speaking on an issue that affects so many women risks it being interpreted as mansplaining or wokeness which naturally makes me nervous. But still, I think it is a topic worth considering – particularly in light of board appointments.

Is it true that women are less likely to apply for board roles?

LinkedIn produced a study that examined the job search behaviour of their users in great detail. They found that despite viewing the same number of jobs and just as many company pages, women were:

Further, in a survey published in the Harvard Business Review, a thousand men and women were asked why they did not apply for a job where they did not meet all the qualifications, they got the following reactions:

And, according to LinkedIn’s research, recruiters were 13% less likely to click on a woman’s profile than on that of a man and also 3% less likely to send her an InMail than they would her male counterpart.

It seems that women were less likely to apply for senior (and presumably board) roles than men. What may be diving this?

Is it a matter of confidence? When looking at the results, it’s clear that a lack of confidence (in being able to do the job) was not to blame for them not applying. In both men and women, only a small percentage believed that they could not do the job well.

Just not qualified? For both men and women, the most popular reason for not applying was that they did not think they met the qualifications and did not want to waste their time and energy. This brings us to the conclusion that people don’t apply not because they don’t believe they can do the job, but because they believe that they won’t be hired in the first place because they lack the required qualifications.

Risking Failure? ~22% of women who responded to the survey admitted to not submitting an application because they did not want to put themselves out there if they were likely to fail. To them, the risk of failure was simply too big. Women may be right to be more concerned with potential failure. There is some evidence that women’s failures are remembered longer than that of their male counterparts. It is worth noting that only 12% of men cited a risk of failure as their top reason for not submitting an application.

Bad Fit? When looking at those respondents who did not apply mainly because they were strictly adhering to the guidelines of who should apply, we see that 15% of women stated this as their reason for not applying, as opposed to only 9% of men. Studies have shown that girls are taught to follow the rules much more than boys, resulting in women not wanting to overstep and strictly following the guidelines rather than taking a risk and applying, even when they thought that they could do the job.

Whilst these statistics seem to favour men it is fair to say that both sexes face similar issues when it comes to applying for roles. However, they seem to impact women more often.

A McKinsey report found that men are often hired or promoted based on their potential, while women are more often hired for their experience and track record. So we find that women pay much more attention to the actual written application than men do, in order to clearly state the way in which they meet the requirements.

Moreover, the participants (women in particular) in these surveys did not see the hiring process as a place where advocacy, relationships and convincing the one doing the hiring of your expertise could overcome their lack in meeting the key requirements. Instead, if they had the right perception of the hiring process, they might have applied and might have been the ones to walk away with the job.

The report also showed that women don’t need more confidence in themselves; rather, they need a better understanding of the hiring process so that they can be convinced they might well be ‘good enough’ when looked at through the lens of the one making the hiring decisions. This is exactly what we teach our members to do – male or female.

Back yourself – the statistics support you

A recent study (in fact a few) found that boards with a higher percentage of women have been proven to possess a competitive advantage over men-only boards due to decision-making quality, creativity, and innovation being boosted as a result of more diverse thinking.

If you had ever not put an application forward because you thought you didn’t meet all the key criteria, let this be your wake-up call. Vastly more companies are appointing people to their boards, not on the basis of their qualifications but, because they are convinced that the person can do the job. So, male or female, if you find a role that seems like a challenge you would like to take on, go for it even if you think you lack the right qualifications.

The Value of a Governance Qualification

The Perfect Board Candidate?

How to handle a call to or from a Board Recruiter