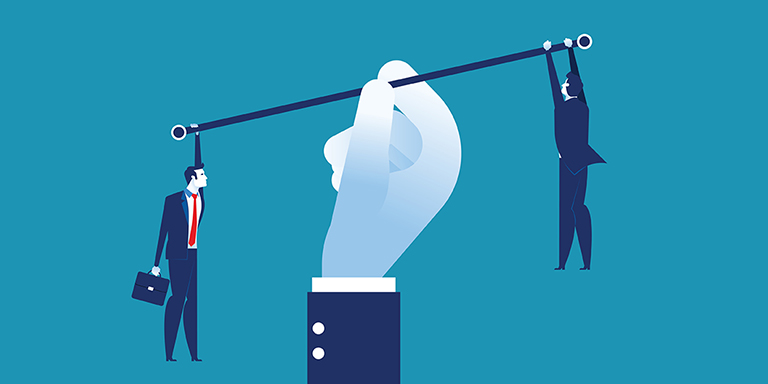 In short, yes. You can have a Non-Executive and Executive role at the same time. Indeed doing so, may be the best career decision you’ll ever make. 90% of the people I work with want a board appointment in addition to their executive role. They recognise the benefits of doing so.

Quoting myself, “Those who hold an independent board appointment in addition to an existing executive role: earn more, are more promotable, have greater job security and are unemployed less”. But, don’t just take my word for it, a recent study confirmed this as well stating that ‘serving on a board increases an executive’s likelihood of being promoted by 44%, and even if they weren’t promoted their annual pay was increased by 13%.’

However, even executives who know board positions offer great professional opportunities often shy away from making it happen. There are several reasons for this…

The time commitment required of a board member

Some are worried about the time commitment. While sitting on any board is a commitment of your time I think the rewards far outweigh the costs. Nevertheless, you must be cognisant of what is going to be expected of you. As a general rule: 10-20 days a year is what you should expect or, perhaps, 2 days a month.  For some, this will seem unfeasible for others a stroll in the park. Anyways, it does not necessarily mean 2 days out of the office; it could be as little as just half a day or perhaps none at all. Broken down, your time commitment will probably include half a day of travel plus the board meeting itself, time for sub-committee meetings, a few hours of reading and absorbing board papers, and, of course, extra-professional activities related to the organisation (attending events and the like). In total, about a day’s worth of work.

However, in the age of Zoom meetings and home-based work, this might not be time out of the office at all. Then you should factor in those Tuesday afternoons blindsided events that happen occasionally and consume NEDs for a short period of time. Maybe the CEO resigns or there is a particular deal or disaster that needs to be worked.

After all, the required time commitment is not nearly as onerous as you might expect and most employers recognise the benefits your board appointment offers them. In some instances, a board role might require you to pull the odd double shift but vastly this is not the case. Many executives juggling multiple board positions in addition to their executive role.

Unsure of your value as a board executive

The other reason executives stall in making a board appointment a reality is that they just don’t know what their value is or why an organisation might be interested in having them on their board.

For many organisations, their Non-Executive Directors (NEDs) often fill the gaps in, or compliment, the expertise not available in the executive team and can bring a level of industry currency that they might not have. This currency and expertise are crucial. Without it the growth of most organisations will be slower… and they know it.

For these reasons, you might find yourself and your skills highly desirable.

Unsure of where to start?

The final reason is often executives just don’t know where to begin and as a result have a lack of confidence to make it happen. For some, it will feel like applying for their first job: a weird sensation for a seasoned and successful executive. But it needn’t be that way.

What I find really works is first defining the organisations you would like to be appointed to in the future. The big ones, the ones that your peers are sitting on or that would offer you an incredible opportunity to contribute to a cause or industry you are passionate about. Then, working backwards, define the organisations that, if you were appointed to, would be a stepping stone to those longer-term aspirations. The function of doing this exercise (even badly) will mean you have developed a list of targets. They are useful in their own right but moreover, these targets give you some structure. Beyond that, you will also be in a better place to start articulating your value to those boards. Then getting appointed should not be a complicated process. Board appointments are made in one of only four ways, such as recruiters, adverts, directly and via personal connections.

If you feel that you fall into any of the above-mentioned scenarios then attending one of my Board Search Breakfasts may be a good first step.

A Government Board Position: why and how to gain one

Want a board appointment? Understanding the Fundamental Attribution Error is well, fundamental.

How to stay positive and build confidence? Both are key to a board appointment.