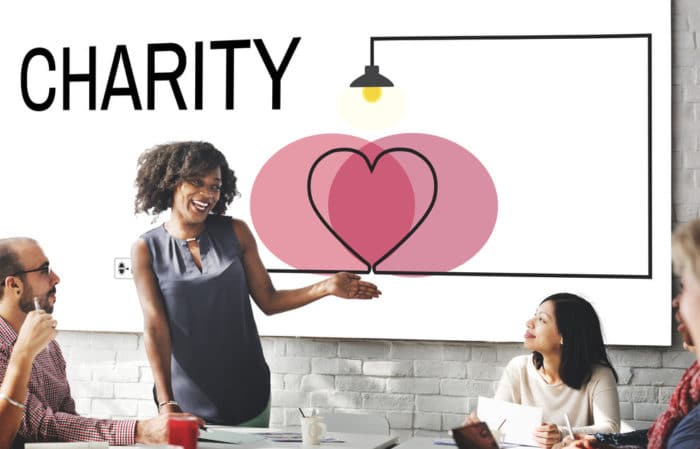 In a previous article we looked at how much prospective board members can expect to be remunerated. However, I decided to deal with the remuneration of  Not-for-Profit Board Members separately.

From the outset it should probably be stated that organisations which operate in the ‘Not for Profit (NfP)’ or ‘third sector’ are incredibly diverse both in terms of the scope and scale of their operations. Whilst many NfPs confine their services to local communities and causes many others operate nationally or internationally and manage millions dollars of operating budgets. To govern these sorts of organisation the vast majority have recruited ‘significant’ board members who are passionate about the organisations work and their own contribution.

As an ex-board recruiter and passionate and unpaid not for profit board member myself let me nail my colours to the mast. I am in favour of remunerating all board members. Having said that, I do understand the difficulty that most NfPs face in doing this. However, from a recruiting perspective I, and my colleagues, have found it far easier to attract and retain quality candidates if a, even a fairly minor, sitting fee is offered.

As an overarching statement it is fair to say I think that it is quite unusual for not for profits outside of large, complex entities such as health care systems or large foundations to remunerate their board members. In fact, a recent study suggested only 2% of Not for Profit Boards compensate their members. Another study suggested that 96% of Not for Profits have voluntary boards.

However, whilst few pay their members most NfPs will offer to pay your expenses – although in reality I find few sitting board members claim these expenses, with the exception of major financial outlays.

Why don’t they remunerate Not-for-Profit board members?

Generally, the argument is that board member compensation can call into question a nonprofit’s financial integrity and there is the belief that there should be no problem finding community leaders to serve as volunteer board members. Others believe that offering compensation might hinder a Not-for-Profit organisation’s ability to recruit such board members.

To remunerate or not: three industry leaders weigh in.

Three leaders in the not-for-profit sector weighed in on whether Not-for-Profit board members should be remunerated. This is what each of them had to say:

Generally speaking I have no problem with not-for-profit (NFP) non-executive directors being paid either by way of a director’s fee or an honorarium. Instead of a blanket assumption of board volunteerism, the decision to pay or not to pay directors should be a matter entirely for each organisation. Respecting the autonomy of NFPs means accepting each NFP is the body best placed to decide whether paying non-executive directors fits within its organisational mission and values.

In seeking to move from a voluntary board to paid directors, NFPs should make a fully-informed decision that takes into account all legal implications, any funding limitations, disclosure arrangements and how the internal and external politics will play out.

Consideration of the politics surrounding remuneration is particularly important, given that the internal democratic processes of many NFPs may be disturbed by changing the voluntary nature of the board and by external reaction from funders, major donors or the general public. All in all, I would counsel to hasten slowly towards any move to remunerate.

NFPs are tackling some of the most important issues that our community is facing; so why do we expect a bunch of volunteers to maintain the helm of the board? In addition, most NFPs have tax concessions. As they are managing taxpayer-funded resources, they need directors of the highest calibre.

Many of us have seen the “star-studded” NFP board; the board with an array of talented board members, over-achievers, who individually have had successful corporate careers and have brilliant resumes. Unfortunately, this often means that they are in demand and have insufficient time available for their NFP position. They are trying to find time to fulfil their NFP board responsibilities among many competing priorities such as their paid employment, family and social commitments. The danger is that the NFP receives the lowest priority as it is for “unpaid service”, compared to paid employment or paid board positions. Their conscience is appeased by the knowledge that they are not receiving remuneration for their effort. Of course, this is fraught with danger as legally they have similar responsibilities as for-profit boards.

Being on a NFP board is often more difficult than a for-profit board. You are likely to be tackling significant social issues with limited resources and few options to raise capital, and where outcomes measurement is difficult. With payment should come greater commitment to professionalise NFP boards, greater focus on outcomes and also measurement of board performance. Payment would provide a stronger sense of contract. Shouldn’t we demand the best board members for our NFPs? And pay them appropriately?

Of course many NFPs do not have the balance sheet to support paying board members. If you can’t afford to pay for board members, or find funding partners to assist, then clearly it would be foolish to do so. A step in the right direction would be arming our NFP boards with the best talent in the country and paying them appropriately.

The suggestion to directors of charities that they be remunerated, would I think be greeted by the vast majority with a mixture of puzzlement and offence. Why? Because they give their time to provide the governance function of the organisation as committed supporters of the cause.  The idea of these directors being paid runs directly contrary to their intention to contribute to the purpose of the charity.

So why is the question even being raised? Two reasons. First, charities have moved way beyond “volunteerism” in the unfortunately pejorative sense of being run by unpaid, part-time amateurs rather than highly professional and competent paid employees. And some are also questioning the assumption that the governance function should be provided by unpaid volunteers, albeit they are for the most part highly experienced and professional directors.

Second, in some specific parts of the charity sector it is becoming increasingly difficult to find the kind of committed directors who have the skills, experience and time necessary to govern the larger, more complex and highly regulated enterprises that charities have become.

Directors are not always unpaid. Payment of directors has been the practice in a few specific kinds of charities – in health, for example. However, in my experience this is still not at all the norm in Australia. Payment is not expected where there is an active community of interest and commitment that makes up the supporter base and to whom the directors are accountable. It is probably more easily justifiable by directors where they are self-appointing and they are not accountable to a larger member or supporter base. This is the case particularly where the income of the organisation comes predominantly from grants and government funding rather than supporter donations.

This is not at all to imply any criticism of directors who do decide to remunerate themselves, because it is essential that boards attract the right talent. After all, we do not have the same sensitivity about remuneration of employees, provided that is not excessive. Payment of directors may attract a wider range of skills, age and socio-economic profile, which would be a positive outcome. While this is desirable, I am still ambivalent. I can’t help thinking something will be irrecoverably lost.

Those in favor of NfP board member remuneration argue that it can help improve board diversity, attract highly skilled professionals and those who cannot afford to take the role unpaid.

While this is also my view, there are nonetheless some studies that suggest that there is little evidence paying Not-for-Profit Board Members improves recruitment or retention. A recent study of US non-profit organisations found no indication that compensating these sort of board members promoted higher levels of board engagement, encouraged greater board diversity or attracted candidates with specialist expertise.

With most registered charities having low revenues, most cannot afford to pay their board members anyway.

How Board Direction can assist Not-for-Profit Boards and Members

If you are looking for a seat on a Not-for-Profit Board, have a look at the current vacancies on the Board Direction website. Various NfPs advertise their vacancies with us, knowing that this way they will find the best board members.

For both Not-for-Profit and Corporate Boards looking for members, we offer two free services. You can both advertise your vacancy on the Board Direction website and look through member profiles and contact prospective NEDs directly.

David Schwarz is CEO & Founder of Board Direction – Australia’s leading board advertising and non-executive career support firm. He has over a decade of experience of putting people on boards as an international headhunter and a non-executive recruiter and has interviewed over one thousand non-executives and placed hundreds into some of the most significant public, private and NFP roles in the world. He has been described as Australia’s leading board recruitment expert, is a published author, a regular speaker on the board appointment process and runs Board Search Masterclasses across Australia. He is one of Australia’s Top 10 LinkedIn users with over 20,000 connections. Email: ua.mo1657000576c.noi1657000576tceri1657000576ddrao1657000576b@tca1657000576tnoC1657000576

Gaining a Role on a Not-for-Profit Board

How Do You Develop Connections? (1)