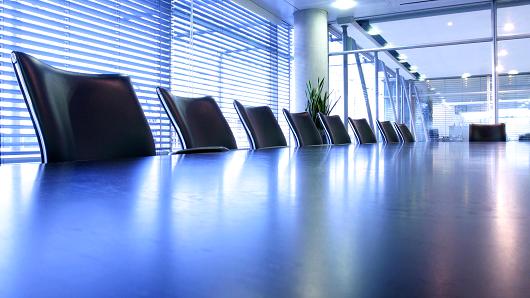 When the subject of board diversity comes up, it automatically leads to a discussion about gender diversity on boards. But having women on boards is a much greater factor than mere gender diversity; it’s a question of profitability.

In a previous article I noted that there are far more to discuss when it comes to diversity on boards than just gender. Diversity on boards has been proven to increase the performance of boards and the organisations they represent. As such, it is one of those phrases that occupies the minds of Chairs but often stalls around: what it means in reality; the risks involved or just on gender balance.

There is currently a strong push for gender diversity on boards. This is good news for women and for boards alike. But while the number of women on boards has increased in recent years, progress isn’t as fast as it could be. Women make up only 19% of ASX 200 board seats, which is up only 16.5% from the year before.

The average director of an ASX 100 company is male, in his early 60s, receives a fee of more than $200,000 a year, and is likely to be on other top boards, according to a survey by the Australian Council of Superannuation Investors.

The survey shows progress in appointing women directors has been slower in smaller companies. While women held 22.7% of board seats in ASX 100 companies, they only held 13.7% of the seats in the next ranking ASX 101 — ASX 200 companies. However, momentum is growing for the appointment of more women on boards — 37% of new director appointments to ASX 100 companies last year were women. And the proportion of board seats held by woman had doubled over the past decade.

Adam Posen, president at Peterson Institute for International Economics, explains the findings of the study on corporate profits linked to gender diversity as follows:

“We have found that some policy initiatives are more promising than others to deliver benefits while promoting gender equality, and that the emphasis should be on increasing diversity in corporate management broadly. At a minimum, the results from our unique global study, generously supported by EY, strongly suggest the positive impact of gender diversity on firm performance and identify in which sectors and countries the most progress on diversity needs to be made.”

Progress for Women on Boards in Many Countries

Positive results with women on boards have moved many countries to debate mandatory quotas for female company directors.

Norway: In 2002 public limited companies were given until July 2005 to have at least 40% female directors. An extension was granted and compliance was reached in 2009.

Belgium: Plan adopted in 2011 requires public companies and companies listed on its stock exchange to have 30% female directors. When a board member leaves, the seat must be filled by a woman until the quota is reached. Companies have between 6 and 8 years, depending on their size, to be in compliance.

Iceland: 2011 law requires 40% corporate directors from each sex for publicly owned and publicly listed companies with more than 50 employees.

Italy: Law passed in 2011 requires that public company boards be at least one-third female by 2015.

European Union: The European Commission has set a target of at least 40% female corporate directors by 2020.

Germany: As of November 2013, a law was expected to be implemented requiring companies registered on the German stock exchange to have at least 30% female directors, and large firms are required to publish their plans for elevating more women into top executive roles.

Spain: Law passed in 2007 requires public companies with more than 250 employees to have at least 40% female directors by 2015. Companies that reach quota are given preference for government contracts.

Malaysia: Companies with more than 250 employees required to have at least 30% female directors or senior management by 2016.

Netherlands: Government guidelines suggest at least 30% female directors by 2016 at companies with more than 250 employees. Companies that do not meet the January 1, 2016, deadline must prepare a plan on how they will achieve the quota.

Austria: State-owned companies required to have 25% female directors by 2013 and 35% by 2018. Private companies expected to follow these standards voluntarily.

Israel: A 1999 law requires at least one female director on public company boards.

Finland: As of 2010, all listed companies must have at least one female and one male on the board.

In Australia, The Australian Institute of Company Directors has committed itself to increasing the level to 30% by the end of 2018, in line with the 30% Club movement in Britain. ACSI’s goal is to have 30% women on top company boards by 2017.

Women are better represented in NfPs

Women are significantly better represented in NFPs than they are in public listed companies. According to research by Women on Boards conducted in 2008, women comprise 30% of directors, or their equivalents, in top NFP organisations (by revenue). In contrast to public listed companies, more than 75% of NFP boards were reported as having at least one female director in 2004.

The relation between women on boards and profit margins

I am amazed that so many think having women on boards is a mere case of gender diversity. At the end of the day a board’s focus is on profits and sustainability. This being so, appointing more women should have little to do with gender balance.

A study conducted in 2011 showed the following results:

Here is the take away: diversity at board level counts. It counts because it has a financial impact. Whether it is having more women on boards or that you can evidence the impact of the diversity you personally bring to the table, it counts. So the question is not now ‘Is board diversity a good thing?‘ but instead ‘How can you demonstrate that your brand of diversity is worth appointing to a board?‘. I hope the statistics above will help you make that point and aid in your next board appointment.

Board Direction’s services helps both men and women alike showcase their talents and abilities so boards can make a fair and sensible decision when it comes to appointing directors. Join now and let us help you dare them not to appoint you.

David Schwarz is CEO & Founder of Board Direction – Australia’s leading board advertising and non-executive career support firm. He has over a decade of experience of putting people on boards as an international headhunter and a non-executive recruiter and has interviewed over one thousand non-executives and placed hundreds into some of the most significant public, private and NFP roles in the world. He has been described as Australia’s leading board recruitment expert, is a published author, a regular speaker on the board appointment process and runs Board Search Masterclasses across Australia. He is one of Australia’s Top 10 LinkedIn users with over 20,000 connections. Email: ua.mo1656871320c.noi1656871320tceri1656871320ddrao1656871320b@tca1656871320tnoC1656871320

International Comparison of women on boards

Is Diversity in the Boardroom the Answer to Future Growth?