A key question for entrepreneurs is when to take on extra help. Here is some cost-saving advice 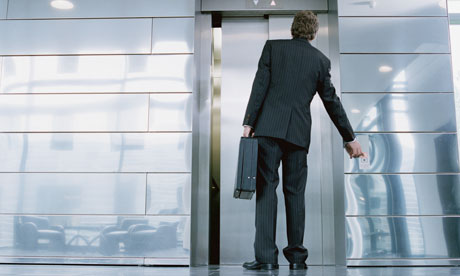 A non-executive director can come in on a part-time basis to help your company grow. Photograph: Bernd Vogel/zefa/Corbis

The objective of most businesses is to grow until the founders and any investors reach their desired exit point. That much is obvious. Less simple to define is just how to reach the next level when the resources and skills of the people in the business appear to have reached their natural peak.

The initial response is often to go and recruit some more staff, but this isn’t always right, as head hunter Gary Chaplin explains. The non-executive director can be a great deal more cost effective even when the title sounds somewhat grand. “I introduce the idea of non-execs before the client does,” he says.

Non-executive directors are effectively part-time employees, working and advising at director level but not taking an executive position. The cost savings can be dramatic. “If they can get someone charging £750 a day for two days a month that’s someone good for £18K a year when they might have thought they’d be paying £80,000,” says Chaplin.

The cost will of course be dependent on the task involved. Norman Jackson of JFP Strategic Planning explains that people come to his organisation wanting a new finance director, help with marketing or other requirements, but he is often able to spot other things a non-executive director could do for them that can make a huge difference.

The question of when to bring in outside help is difficult. JFP certainly believes the sooner the better: people get into bad habits early on, says Jackson, so they need advice early on. The issue is that they don’t know they need advice.

So what does the incoming non-exec expect? Chris Hook built up and sold a wheat and gluten-free food products business and is now non-exec chairman at two startup companies, as well as a consultant to Warburtons, the breadmakers.

“[A non-exec’s terms] are very flexible, depending on the needs of the business,” he says. “I’ve been involved with a young startup that required one day a week, through to some more mature businesses needing two days a month.”

The key is to find the right person. Hook made a conscious effort to make himself known to relevant businesses when he sold up – banks who were backing management buyouts included. He also worked with legal firms doing acquisitions, and used web resources like Directorbank as well.

Being credible plus delivering quickly is essential. “They say a director can take a few weeks getting their feet under the table, but the non-exec has to start demonstrating value on day one because the client is paying,” says Chaplin. The clock starts ticking and non-execs can expect to be under scrutiny much more swiftly than their staff counterparts.

Sometimes recruiting externally is the right thing to do. Audio company Audioboo, which enables people to put out short audio clips through social media as well as its own network, recently went for that option. Founder Mark Rock decided the time was right to look outside the business after a number of years of organic growth: “As the sole company founder, I was playing 16 different roles at once and doing many of them badly,” he says. “My core strengths of innovation and partnerships were not being used. So bringing in a new CEO means that everyone has a clearer, more defined role and can be left to concentrate on what they’re good at, rather than constantly juggling with the hundred or so ideas founders bring when they walk into the office.”

Whether you look internally or outside, growing a company can require new people if you don’t have the right skills and experience. “To me, there are three stages to a business: startup, scale and then managed growth,” says Rock. “I do stage one really well but to scale you need a different skill set. Founders are often the creative, mad, risk takers – which is what is needed to get a new concept off the ground, but doesn’t necessarily fit with the everyday running of a fast-growing company. It just makes sense to bring in someone with a proven level of experience and success to drive growth for stage two and help turn a great idea and product into a great commercial business. And it also lets me concentrate on what I’m good at. And see the family a bit more.”

Scaling down the requirement can be right, but not every entrepreneur will believe it. If that’s the case then telling the business founder that he or she is looking for something other than they think, however, can be a hard sell. Chaplin says it all comes down to money in the end, and that his non-execs can deliver. If the client insists then of course he’ll supply full-timers but often putting a business into the next stage of growth can be less expensive. “I had one robust meeting, but at the end the client gave me a hug,” he says. “He was about twice as big as me, and if I didn’t know him I’d have crossed the road to avoid him on a dark night, but I’d just saved him £7,000.”

Please click here to see how Board Diversity can help you ‘open the door to the boardroom’.

Directors Remuneration – How much do Board Members get paid?

The most challenging part of your board career

How Much Are Non Executives Remunerated?